‘I had very serious problems’

The son of an ex premier whose drunken car crash cost his father’s job and left his mate ‘covered in blood’ has opened up about the accident and his selfish behaviour as a young man.

Nick Bracks was 20 when he totalled his family’s Saab at 5am on July 13, 2007 after a drinking binge lasting several days, events which partly caused his father Steve Bracks to resign as Victorian Premier.

Bracks, who went on to become a model and also a respected mental health advocate and speaker, confessed he was ‘naive and stupid’ and obsessed with drinking and his own popularity at that point in his life. 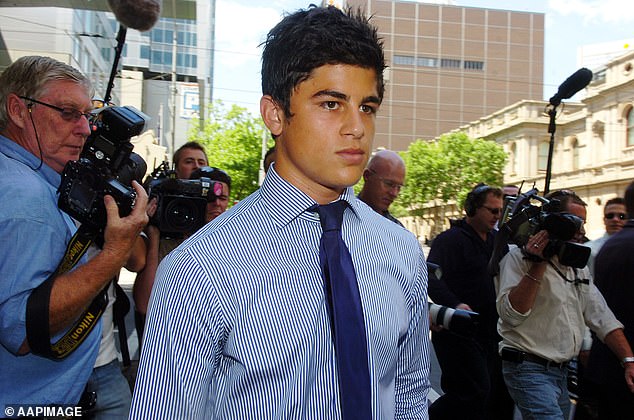 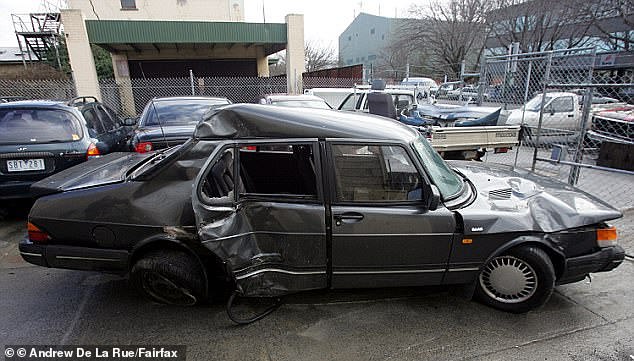 Bracks’ drunk driving almost killed his best friend Huw, who was unresponsive and ‘covered in blood’. The Saab from the accident (pictured) was a write-off

‘In time I came to realise, however, that alcohol had been nothing more than a really bad coping mechanism for some very serious problems,’ Bracks wrote in The Age.

He has spoken many times of his mental health battles, which include depression, anxiety, obsessive-compulsive disorder and an exercise addiction.

Bracks had hoped to become a professional athlete when a career-ending injury sent him into a spiral of binge drinking. 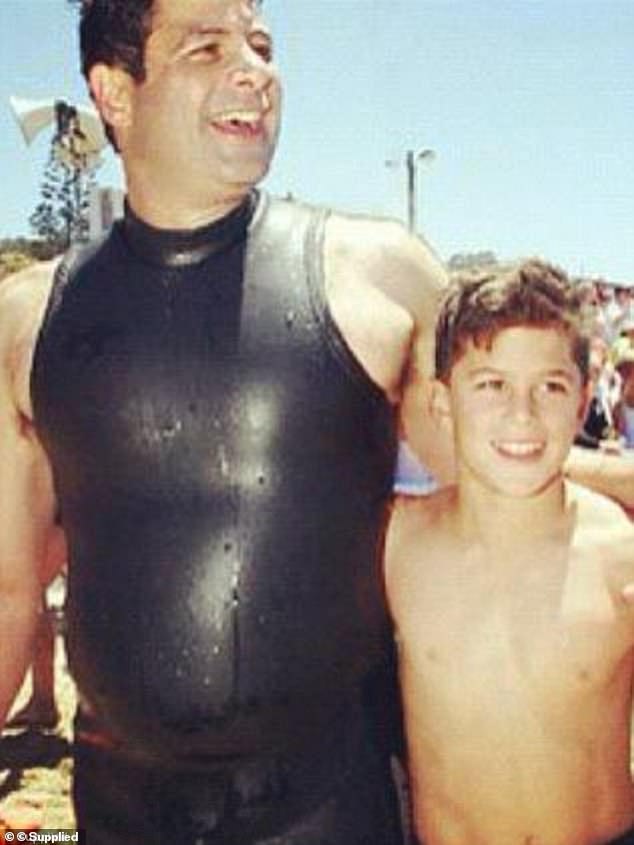 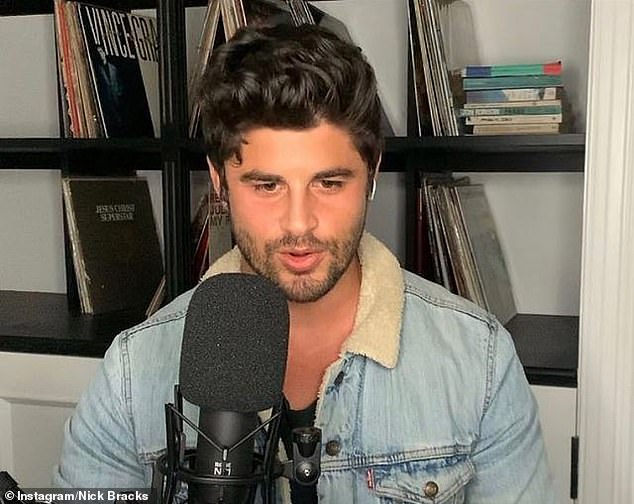 Nick Bracks, now 34, went on to become a respected mental health advocate and public speaker, as well as a model

‘I felt like I could get away with anything,’ he wrote, admitting he loved the attention of strangers and getting free entry to nightclubs.

On the night of the near-fatal crash, Bracks and friends were together after ‘consecutive nights’ of drinking and got wasted in a heavy session at Seven Nightclub’s ‘Unlucky Thursdays’ night.

When he and ‘best friend’ Huw arrived back at the family home at Williamstown, Melbourne, Bracks jumped behind the wheel of the vehicle.

They had been out all night.

He accelerated to 90 kilometres an hour in a 60 zone on a rainy night while blasting the car stereo and singing loudly, he said, then had a moment of clarity, deciding this was dangerous.

But Bracks couldn’t control the car and it hit a traffic island and spun ‘out of control’, slamming into a tree which collapsed one side of the car.

It was the same side that Huw’s head was facing towards and when Bracks looked back, he saw his mate ‘covered in blood’ and unresponsive. 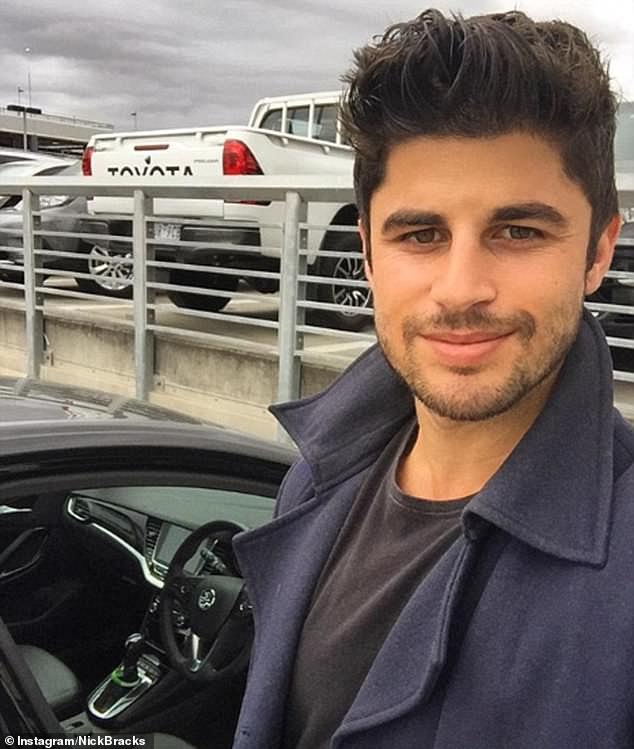 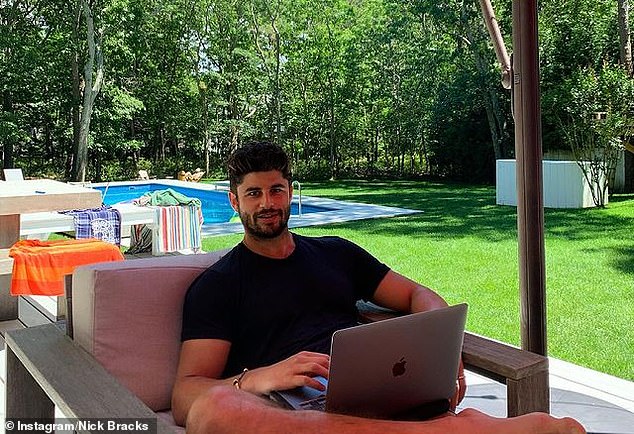 Bracks has admitted he suffered anxiety, depression, OCD and was addicted to exercise as a young man

Huw survived, Bracks believes because he had the ‘reflex’ to sit up when the car started spinning.

Climbing out of the wreck, Bracks was confronted by shocked residents and he asked to call the police so he could ‘handle the situation myself’.

Police told him they had never seen an accident so bad where nobody had died.

He called his father too, then the Victorian Premier Steve Bracks, at 7am.

Within an hour the accident was national news and Nick Bracks was unable to leave his family home for days because media were ‘camped out the front’.

Steve Bracks would resign from the state’s top job within two weeks of the accident, saying he needed to spend time with his family. 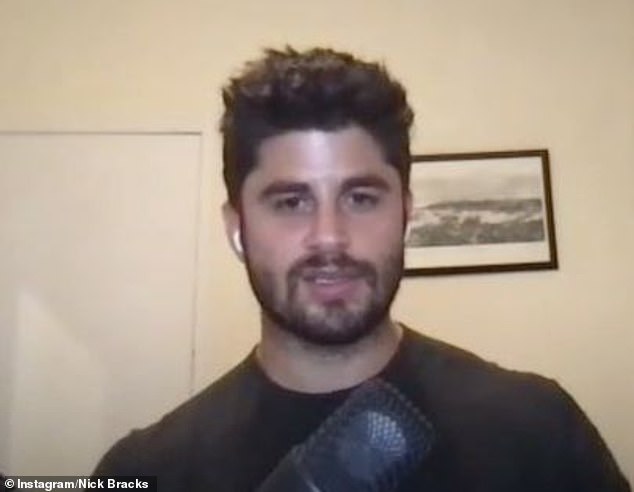 Nick Bracks was charged with drink driving and traffic offences.

He admits he failed to take the ‘second chance’ he was given, and instead he relished the attention of becoming famous for ‘nothing more than crashing a car’.

Eventually his family forced him to see a psychologist, he admitted.

Bracks has released a book with mental health tips which include lessons he’s learned in his journey from a binge-drinking young man to public speaker, called Move your Mind: How to Build a Healthy Mindset for Life.