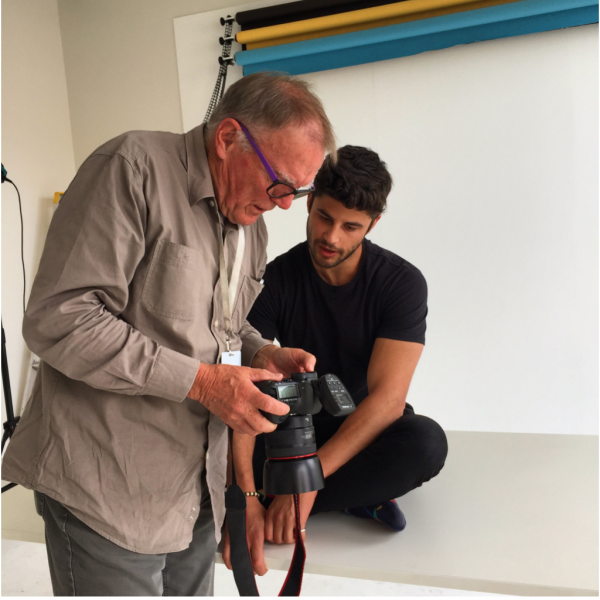 There’s a moment of mild astonishment when erstwhile reality show star and model Nick Bracks discloses he’s 30. It doesn’t seem so long ago that he was a child posing with his father as part of Victoria’s photogenic first family, the son of former premier Steve Bracks.

And truth be told that was a dominant part of the journey of this assured, articulate young man.

It took the best part of his 20s, Bracks says, to emerge from his father’s charismatic shadow and create his own niche as a mental health advocate, social entrepreneur and, more recently, actor.

“Even though I am so proud of my dad, I would almost get offended when people were referring to me as Steve Bracks’ son,” Nick says.

“I developed a real chip on my shoulder, every decision was driven by what I could do publicly to be seen as Nick Bracks, not the son of this guy. This was probably amplified because I didn’t know what I wanted.”

After a year studying acting, Nick is today in a better place and has recently landed a recurring guest role as Lassiter’s Hotel receptionist Brandon Danker on the ever-green soap Neighbours.

But it is the launch of Happy Waves – a meditation and mindfulness lifestyle app, the product of years dedicated to raising mental health awareness – of which he is most proud.

Happy Waves is the co-creation of Nick, restaurateur and design guru Davis Yu and lawyer turned app and digital platform developer Boyd Martin. “It is a mindfulness, meditation, self-improvement platform that I describe as being like Netflix for the mind,” Nick says.

Demand is strong. Within a fortnight of its launch, the Happy Waves app, which is free with access to additional content by subscription, was downloaded 10,000 times.

It covers all aspects of mental wellbeing with step-by-step courses offering techniques to deal with specific issues like anxiety or sleeplessness and wideer strategies for living happy, healthy lives. There is also a special interface for children covering topics such as resilience, kindness, focus and sleep, complete with animated characters developed with one of the leading teachers in the field.

“I think the earlier we can be taught about how to understand and manage our emotions, how to think for ourselves, the better,” Nick says. “Probably if I had been taught more about that I would have been able to manage a lot better rather than going through this long drawn-out process.”

Nick’s candour about his own struggles with anxiety and depression led to an in-demand career speaking at schools and businesses. His role as an advocate began after he spoke out about mental health issues on the 2011 series of Dancing With The Stars.

“I’ve been travelling around Australia speaking about mental health awareness and behavioural change with En Masse and have also worked with a range of charities, including beyond blue and headspace.

This has included addressing his own issues with alcohol, and the time he wrapped the family car around a tree while driving drunk in 2007.

Nick recalls the incident, which happened after he and his best mate jumped in the car after a night drinking in the city.

“I was very lucky I didn’t kill him. He was lying across the back seat of the car and that whole side got crushed. He jolted up as a reflex action when the car hit the tree. If he hadn’t done that he would have been killed instantly.”

It was the beginning of a road to self-awareness for Nick, who subsequently returned to university to complete a business degree with a major in entrepreneurship.

After university he was ‘‘discovered’’ by American Crew and worked for several years as a model. That helped fund several business ventures, including the underwear and swimwear line underBRACKS and a cafe and bar in Bourke Street.

Now, Nick looks after his mental health, meditating twice a day, exercising and practising mindfulness. “The important thing to recognise is it is pretty normal to have ups and downs and it’s OK not to have all the answers,” he says.