Here’s what it takes to transform global statistics and create workplaces where men can thrive in tandem with women. In recent years, the #MeToo Movement has played a significant role in raising awareness and support for women who have experienced various forms of abuse as a result of men.

While more women are diagnosed for mental health conditions including depression, men’s mental health issues are going under the radar and leading to more severe outcomes beyond a low level of life satisfaction.

“Anxiety and depression are the most common challenges for men today,” affirms Mary Spillane, Clinical Psychologist and Headspace App’s Mental Health Expert. “Men tend to be less likely to seek professional support than women, which can also lead to challenges around managing their mental health.”

Through early prevention and intervention, we are able to elevate the wellbeing of communities and families by focusing on reducing risk factors such as stress and enhancing coping strategies such as emotional resilience.

Positive support systems for men will arguably have a positive impact on women, as one in three females experience physical or sexual violence perpetrated by a man they know.

“While cutting back on work projects can be daunting, it might be a case of short-term pain for long-term gain.” – Mary Spillane

“Something about the way that we have traditionally raised, educated, shaped and held our boys is not serving them or the people around them,” explains Hunter Johnson, Founder and CEO of STUFF and emotional intelligence charity The Man Cave. “I fundamentally believe these statistics are preventable, but the key word inside of that is prevention.”

Most of us are familiar with the term ‘toxic masculinity’ – the cultural pressures that men experience, which are harmful to their mental health and, by extension, others. Whether it’s aggression, acting tough or showing a limited range of emotions, the notion that these types of behaviours are ‘manly’ and acceptable is often perpetuated by popular culture.

A prime example of this is the novel Fifty Shades of Grey, in which the billionaire businessman character Christian asserts his dominance and ideas over shy student Anastasia.

“Culturally, we are at an inflection point for masculinity, which I think is very exciting. The script that we’ve inherited and grown up with is being questioned, and language like ‘toxic masculinity’ has entered public awareness,” Johnson says. He emphasises that this can be very confusing, frustrating and often overwhelming for many men.

In an era where awareness surrounding toxic masculinity is heightened, here’s how three inspiring males are helping other men take ownership of their mental and emotional health using practical strategies, which are carried out in schools and organisations.

Shining a light on expectations 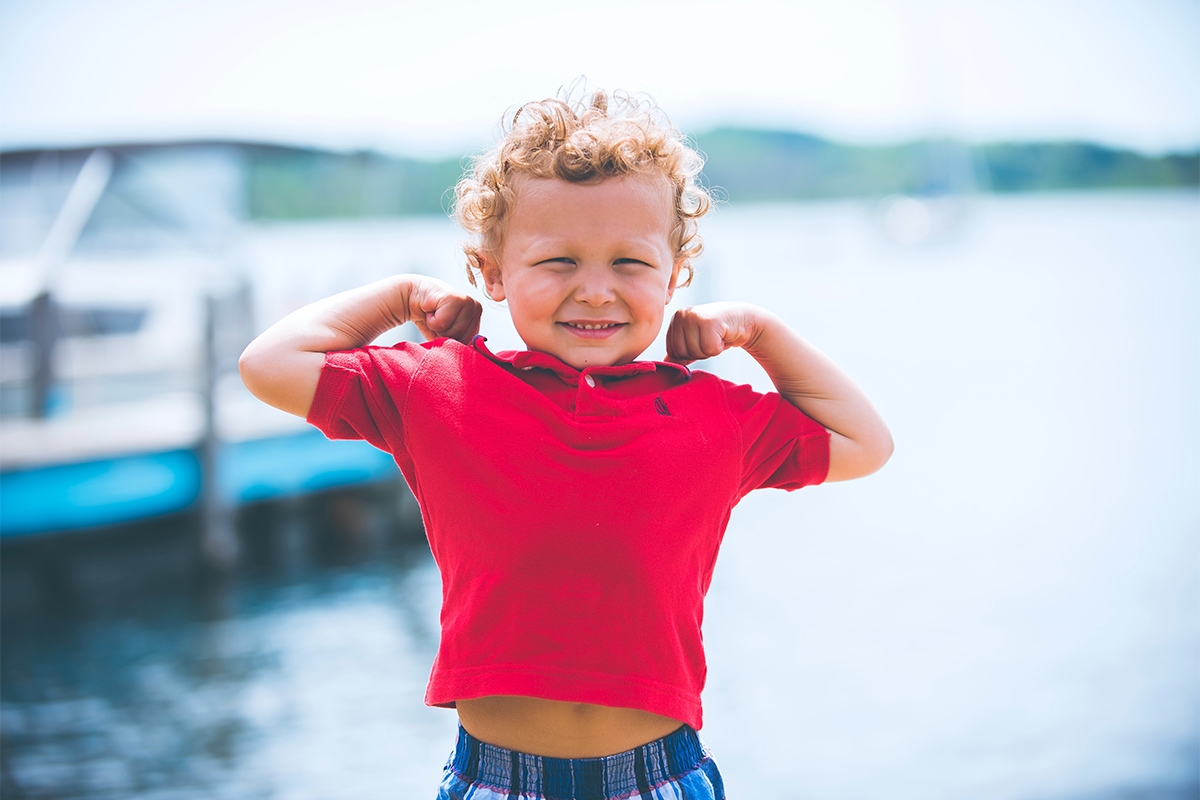 Reforming social norms is never quite as easy as it appears. For instance, while men may experience anxiety when they are the sole breadwinner, their stress levels increase when their female partners contribute more than 40 per cent of their earnings (according to a 2019 study conducted by the University of Bath in the UK). This suggests that men still prefer or feel pressured to be in the driver’s seat as it pertains to household income.

“I think there’s a lot of those pressures that make you feel like, ‘I’m not a man unless I’m in a strong enough position career wise or commercially,’” explains Nick Bracks, Founder of mental health media company Move Your Mind. “I’ve seen it in other people where it can cause those really severe mental health issues because of the pressure they feel that they’re not going to be able to have a quality of life if they don’t live up to these expectations.”

As an ​​actor and mental health advocate, Nick Bracks believes that storytelling can be a powerful way to bring more honesty into conversations centred around mental health and gender stereotypes.

“At the core of what I’m doing now with the company is, how do we distil everything down and break it down to really, on a simple level, just connecting, sharing stories, sharing other people’s stories?” he says. “It’s why I love doing my podcast and being able to have those honest conversations. I think that’s what I’ve seen to be the most effective thing.”

His digital wellbeing courses are designed to encourage cultural change in schools and companies. “The two main things we are trying to do through Move Your Mind is educate people and break down stigmas on a broad level, but then also give people holistic preventative tools,” Bracks explains.

No pain, no gain 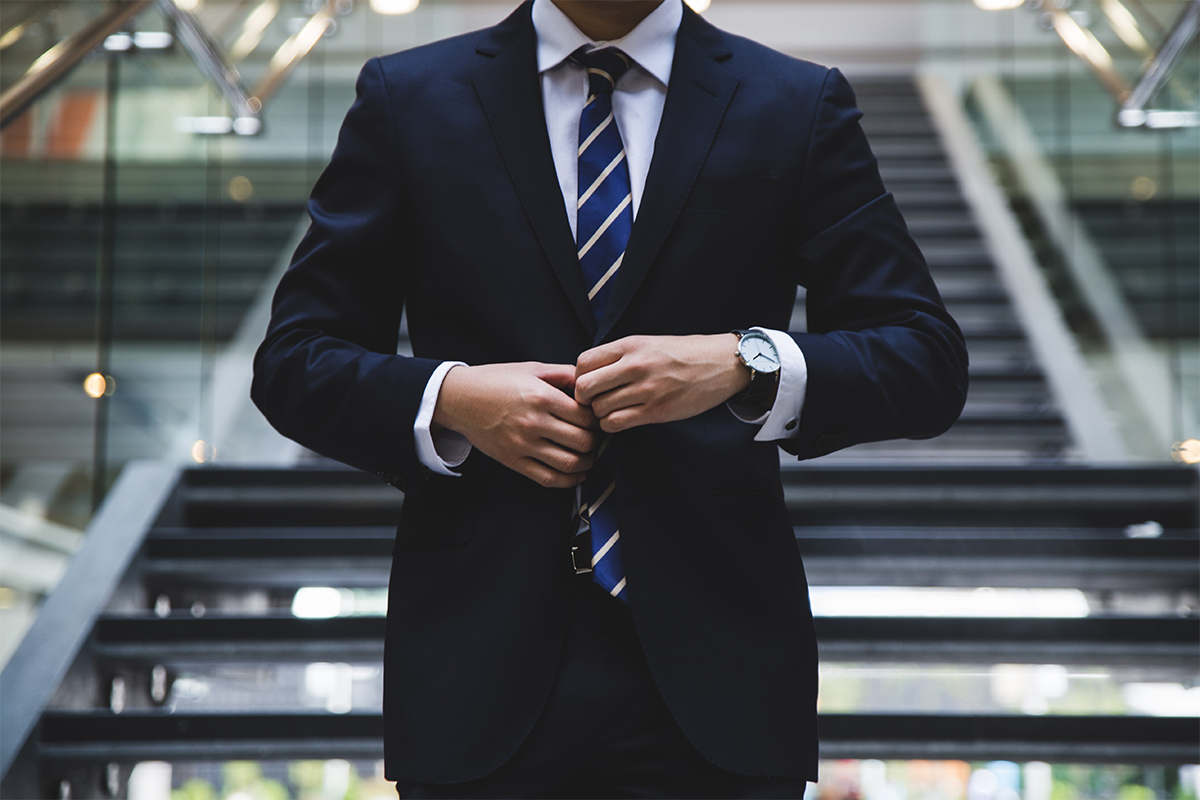 Every breadwinner, irrespective of gender, is aware that a high degree of hard work is required – at least that’s what we’ve always been told.

“I think people forget that no matter who you are, we’re all human and we’re vulnerable,” Bracks points out. “We’ve only got so much bandwidth every day and so much we can take. So, no matter what you do, there’s going to be a consequence if you don’t look after yourself.”

When Stuart Taylor, Co-Founder and CEO of Springfox, was diagnosed with a grade three brain tumour he realised that, while he enjoyed his senior corporate roles, his lifestyle wasn’t sustainable. Working in global accounting firms he found that “the hours and the requirements of those roles was pretty huge, as anyone that works in those environments would attest.”

After reconnecting with a consultant, whom Taylor joined forces with, the pair set out to work with large organisations looking to achieve good performance without compromising on leading a meaningful life at the same time, he explains.

For the last 20 years, Taylor has been assisting organisations to achieve sustainable performance with trust and compassion, which he believes are underrated qualities.

With influential leaders Arianna Huffington (Founder and CEO of Thrive Global) and Bill Gates debunking myths that all-nighters are synonymous with success, the mainstream narrative seems to be shifting to a healthier one.

“What we are seeing now more and more is that the stigma is definitely reducing, and the likelihood that a male will actually stick their hand up and say, ‘I do need support’, is increasing,” Taylor tells The CEO Magazine.

This was the case when Bracks was conducting a program with a construction company where a male worker approached him at the end of the session and shared his plan to end his life. After receiving the help he needed, this man shared his story with the company, giving permission for others to do the same.

Perhaps one of the greatest challenges for leaders at this point in time is navigating the worker drought and increased workloads as a result. While it can be tempting to work around the clock, particularly for a remote workforce, Spillane advises managers to set firm boundaries.

“While cutting back on work projects can be daunting, it might be a case of short-term pain for long-term gain,” she explains. “Reducing work where possible and prioritising health and wellbeing is vital.” Through his work with The Man Cave, Johnson’s focus is on early prevention through programs that are targeted at young men. In doing so, he hopes to challenge traditional scripts of masculinity and improve mental health outcomes in males.

“We spend billions of dollars every year in Australia on crisis management services – which we sorely need – but so little is spent on early intervention, preventative services.”

It’s clear from participant feedback and global demand that creating a safe space for young men to express themselves authentically is a long-term strategy and investment for an equitable future.

“Eighty-six per cent of boys who have been through our programs better understand how the stereotype of ‘being a man’ can negatively impact their mental health, and 84 per cent want to redefine the stereotype and create their own version of healthy masculinity,” Johnson affirms.

For the adult male cohort who are strapped to their work desks for longer than they should be or find themselves embodying a stereotype that no longer fits, it might be time to assess whether your masculinity script is working for you and, by extension, your partner, friends and family.

“It’s not strong to put on a front and need to have the right answer all the time. It actually takes a lot more courage to just be able to be honest and open about how you’re feeling, and it makes a huge difference,” Bracks says.

For many organisations, the past two years have demonstrated the importance of ensuring a more empathetic and values-based leadership, which has traditionally been at odds with a results-driven, high-IQ-focused culture. Often, this is expressed in the way that companies interact with their customers, staff members and future employees.

“Leaders who are actively developing their emotional intelligence are significantly more likely to create work environments that are psychologically safe, culturally strong and flexible, and as a result, increase productivity and staff retention over the long-term,” Johnson says.

Read next: How workplace design is evolving to foster more meaningful team interactions