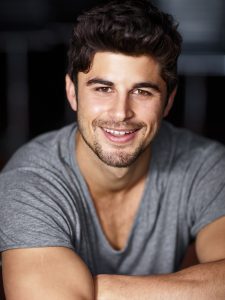 I had the pleasure of interviewing Nick Bracks. Nick’s early career in the fashion and entertainment industries ultimately led him to his ongoing work in mental health awareness. He earned international modelling contracts and made regular appearances on Australian television as a presenter as well as a personality. During his time on Dancing with the Stars, Nick publicly spoke about his experience with depression and anxiety for the first time.

Nick has advocated alongside some of Australia’s largest mental health-focussed organisations by candidly recounting the mental health issues he has struggled with since age 11, including a particularly difficult period when injury forced an early end to his initial career as a competitive athlete. He has spoken to audiences of 1000+ at schools and corporate events around the world as well as presenting two TED Talk’s, one covering how creative and entrepreneurial drive can help combat depression and a second on the growing suicide epidemic.

One of Nick’s creative outlets is acting. He has completed a full time acting course at Film and Television Studio International with several film credits already to his name, including a two year role on Australian soap, Neighbours and other Australian productions, along with creating his own content. Acting, along with exercise and meditation, are Nick’s foundations for mental health.

In addition to advocacy and acting, Nick has pursued various entrepreneurial projects since earning a Bachelor of Business at RMIT. His business achievements include the launch of his eponymous men’s underwear label, underBRACKS; a successful restaurant venture; co-founding a nutritional supplements company; and co-founding Happy Waves, an app that encompasses Nick’s passion for mental health and wellbeing by helping users find focus, deal with stress, re-energise and be mindful through meditation.

Nick’s professional life and personal development are perfectly intertwined. The result is a prolific and accessible output that others can apply to their own experiences.

Can you tell us the story of how you grew up?

I grew up in Williamstown, which is in the western suburbs of Melbourne. I was a very shy kid and was more into sports than drama, competing at a national level in Athletics, Cricket and Football. I come from a very close knit family and am lucky to have such good people around me. I was not very confident as a kid and used sports as my outlet.

Can you share a story with us about what brought you to this specific career path?

I was late to get into Acting. Following high school, I had a severe knee injury that put an end to my sporting career. Additionally, I had not developed any social skills and was afraid of my own shadow. This lead to years of running away from facing reality, using alcohol to cope with and suffering from depression. Eventually, when I started to get my life back on track, I was really struggling with my confidence and speaking in public. I started going to some acting classes to help with this (and naively thought I might quickly land some work)…I fell in love with it and gained huge personal growth from having to get out of my comfort zone and get over my ego, and learned how much goes into a career in this industry.

Can you tell us the most interesting story that happened to you since you began your career?

Prior to my acting career I wound up on a couple of reality television shows (Dancing With The Stars & Celebrity Splash)…it is a long story about how these came about but I almost knocked myself out and had a concussion during Celebrity Splash. I attempted to do a handstand into a flip off the 10-meter platform and rather than gracefully landing, I did a full belly whaker!

Can you share a story about the funniest mistake you made when you were first starting? Can you tell us what lesson you learned from that?

When I first started out I remember walking into auditions and completely blanking out and not being able to get back on track. This was due to a lack of confidence, enormous nerves, lack of preparation and lack of experience. I am now always prepared and take every opportunity very seriously!

What are some of the most interesting or exciting projects you are working on now?

I am currently producing and acting in a comedic series called ‘Disconnected’ — it is a series of short films, shining light on life’s little challenges. Outside of Acting, I have been a Mental Health Advocate for a decade now and I wanted to start creating my own content but to have meaning behind the messages I want to get across — basically, a platform to combine my mental health and acting work. This series is all about showing the ridiculous side of everyday events that occur.

I’m very interested in diversity in the entertainment industry. Can you share three reasons with our readers about why you think it’s important to have diversity represented in film and television? How can that potentially affect our culture?

Diversity in film is incredibly important and I am very happy to see the industry moving towards this. I personally think it’s important for the following reasons:

1. To accurately represent life in a film we need to show people from all walks of life

2. Everyone is equal and it is an injustice to have less opportunity based on your background

3. The level of Talent that exists is vast, and more diversity is an exciting thing, as we are opening up the world to discover new and existing performers

From your personal experience, can you recommend three things the community/society/the industry can do help address some of the diversity issues in the entertainment business?

My three recommendations would be:

1. Have a more open and healthy conversation’s about the issue

2. Educate each other and encourage people to stand up for diversity

3. Not accept things as they are. If no one else is doing anything about it then take it into our own hands

What are your “5 things I wish someone told me when I first started” and why?

1. It will be a lot harder and take a lot longer than you think — at the beginning I was expecting it to be glamorous and all happen quickly. I was probably in it for the wrong reasons. As I have grown I have learned to love the process and not worry so much about the results

2. Follow your own path — comparing to others never works…everyone is on their own journey

3. Get the right advice — everyone loves to give advice but a lot of it can be misleading. I have learned to only get advice from people I trust

4. There is no right or wrong way — I was trying to find the ‘perfect’ way to go about becoming an actor and realized it does not exist. Some train for years, some learn on the job, some create their own work. The fundamental thing is to be creating momentum and doing what you love

5. Be kind to yourself — we can be our own worst enemy. I would always have a go at myself, even after positive things happened. I have learned to reflect and be proud of my achievements.

Which tips would you recommend to your colleagues in your industry to help them to thrive and not “burn out”?

I would say make sure you are doing it for the right reasons and fully understand the lack of control you have in this industry. It is a lifelong pursuit and to stick at it you need to remain level headed, stay focused and enjoy the process. If we cannot enjoy the process then what is the point?

I work in mental health advocacy and will be pushing for this cause until the day I day. I am already working on and will continue to look at how we can educate performers about mental health and improve mental wellbeing in the entertainment industry. It is an industry with some of the highest rates of depression and suicide in the world and more needs to be done.

None of us are able to achieve success without some help along the way. Is there a particular person who you are grateful towards who helped get you to where you are? Can you share a story about that?

My manager Craig McMahon took me under his wing, mentored me and built my confidence through my acting training. He also became one of my closest friends. Along with Craig, my uncle Bruce has supported me since I was a kid and has been of constant inspiration. I am also lucky to have great mentors and my business mentor and close friend, Frank Klasic, has been an incredible support.

Can you please give us your favorite “Life Lesson Quote”? Can you share how that was relevant to you in your life?

‘We won’t be distracted by comparison if we are captured with a purpose’ — I used to worry and compare until I found my purpose of helping in mental health. Now everything I do is for that cause. It makes life simple and meaningful. In the acting world, we get caught up in comparison so these reminders help keep me grounded.

Is there a person in the world, or in the US whom you would love to have a private breakfast or lunch with, and why?

I would love to sit down with Russell Brand. He is a hero of mine and someone I use as a role model for myself, as he has used his platform as an entertainer to get very important messages out into the world — which is my exact mission and purpose in life.

How can our readers follow you on social media?