Nick Bracks: How Giving Up Alcohol Turned His Life Around 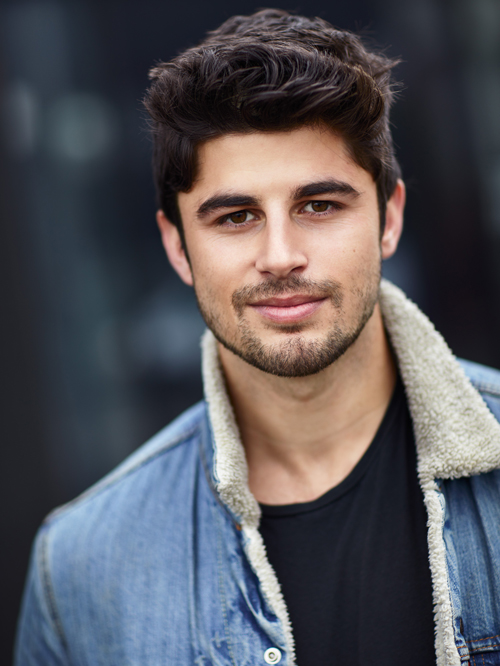 Nick Bracks shot into the public eye in 2007 when his father, Steve Bracks, resigned from his post as Premier of Victoria in order to spend more time with his family. It emerged that this decision had come about after Nick had been charged with drink driving following a car accident in which a passenger friend had been injured.

There followed some difficult years for Nick, struggling with a range of issues, saddled with a low-level notoriety and never free of the Melbourne media’s attentions.

After a few false starts, Nick has managed to channel his considerable energies towards self-repair, and he has built a growing career as an actor and a mental health advocate. He talked to Hello Sunday Morning about that transition…

Nick Bracks: I’m 32 now. It was from 19 until my mid-twenties that I was really abusing alcohol. I had a hard time growing up. There were issues with overthinking, and obsessive behaviour –  initially focusing around sport. I had a whole lot of social issues and I guess I was hiding away from problems, so I became addicted to training, doing six or seven hours a day as a twelve-year-old. After a while my body broke down, and on leaving school I started abusing alcohol. I was very lost at that point and alcohol became my catalyst to cope.

Having a well-known father made it difficult for me because I was ambitious to carve my own path, and so growing up being known as the son of this person really added fuel to the fire. I was abusing alcohol and getting into life-threatening situations, and I had a three- or four-year period where I was off the rails. I dropped out of my university course, because I was abusing alcohol and could barely get out of bed to do anything.

Hello Sunday Morning: How did you get yourself out of that?

Nick: I was very lost, but I knew I had to do something, and after a while, I scraped into a business entrepreneurship course at university.

In that course we had to do multiple oral presentations – probably my worst fear. There were fifteen presentations in the first semester, in front of just five people at a time, but I was panicked. I almost pulled out of the course, but I knew I had to stick to it because if I didn’t I would have just spiralled. I would be vomiting before I’d go and talk in front of these people. I had it written out word for word, and I’d be shaking and looking at the floor and mumbling my way through it.

And it was the sheer repetition of having to do hundreds of these presentations that was pivotal for me. Behind the terror, I knew this was a way to overcome these issues in the most extreme way I possibly could.

Nick: Yes. Eventually when I did work through it, I wound up in the media on a reality television show where I started to talk about my story. That led to me speaking at schools and organisations, even appearing on Dancing with the Stars, and I’ve been doing that ever since. I became really passionate about working in the mental health advocacy area and getting those messages across. I trained as a facilitator and eventually started my own seminar company, and I’m now running a digital mental health program, with many other businesses around that. On top of that, I’m still pursuing acting (I’m actually in Canada, doing that at the moment).

Hello Sunday Morning: What was your relationship with alcohol?

Nick: Back then, I didn’t like myself. My whole life I’ve had too much energy and been quite obsessive about things. I didn’t know how to direct that, and I didn’t know how to conform, and it led to that negative behaviour. I was using alcohol to cope, a way to escape. It was binge drinking – at the really bad point, when I was off the rails, I was drinking four or five nights a week to escape reality. Nowadays I enjoy a drink, but I don’t need to get drunk because I don’t have anything I want to escape from. That’s a key difference. I think a lot of people who are out there abusing alcohol aren’t conscious that they’re actually using it to fill a void that they are not willing to go through the more healthy measures to fix.

Hello Sunday Morning: So how do you break out of that?

Nick: There’s no one simple solution. But what I really believe in is practical things. What’s something that we can actually action and do? Because I think we get caught up in talking about things and the theory of things, but unless you actually take action, things don’t change. A lot of people don’t actually know how to create a routine or change their behaviour, or even understand the discipline that it takes.

I got help with that through seeing psychologists. I had good people around me through the work I was doing myself in mental health awareness, and I was learning a lot. But the big changes have come from my own determination and working on questioning things, discipline, and creating healthy habits.

Some things helped me get to where I am now, but some things didn’t. One thing that’s really important is to be aware of who you surround yourself with. In the past, I had the wrong people around me and I was consumed by wanting to please too many people. I had people leading me in many different directions, and I became overwhelmed.

It wasn’t a clean break for me after I decided to stop – I was falling in and out, and still discovering how I wanted to live my life. And the people that I was around would be dragging me back into it. So it took me quite a while to have the confidence in myself to not feel like I had to fit in with the group. I guess through trial and error I found I was comfortable in myself and knew what I wanted to do with my life and how I wanted to live it. That shed away my need for drinking.

It doesn’t entirely go away, and my mind doesn’t really stop, but I meditate every day; I have a really strict routine. I get up and I go to the gym; I have set things in place every day, and I’m also working around the clock on my business in the mental health awareness work I’m doing. And then there’s the acting, so it’s very demanding, but I’m now dedicating my life and my energies to things that I’m very passionate about.